NCIS Timeline For Cast and Characters 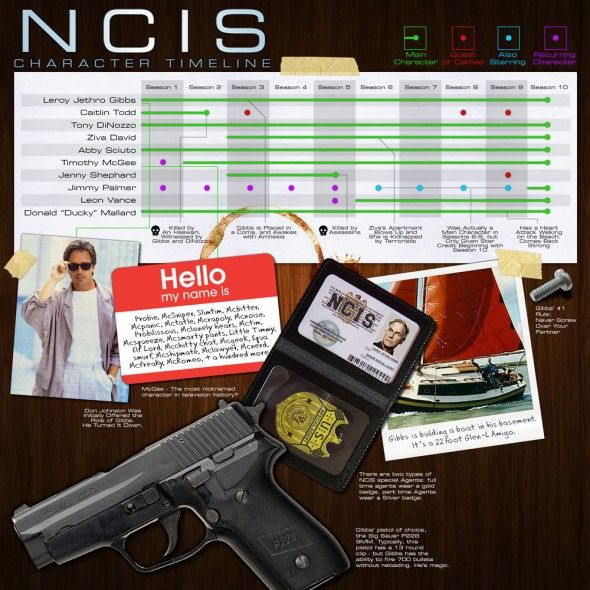 "NCIS", short for Naval Criminal Investigative Service, was inspired by the show "JAG", short for Judge Advocate General. Just like its predecessor, "NCIS" centers on investigating crimes committed against the United States military. Although it is billed as a spin-off of "JAG" with some overlapping similarities, it is completely unique in its own right and has the potential for making television history in several areas.

Both shows were created by Donald P Bellisario, with the help of Don McGill. Bellisario has mentioned that he served with Lee Harvey Oswald while he served in the Marines for four years. The experience found its way into his work. For "JAG", Harmon Rabb, Jr. (David James Elliott) defended or caught Navy servicemen and women that had broken the law. On "NCIS", Leroy Jethro Gibbs (Mark Harmon) is the leader of a team of investigators for the Navy and Marines, but that is where the similarities end.

While the show is wildly popular, regularly garnering as many as 25 million viewers, it doesn't seem to get a lot of attention in entertainment media. It continues to air quietly for millions of fans while towering over stiff competition like "Dancing With the Stars", "Glee", "The Office" and "American Idol".

The show has received some high praise from several television critics, especially where the lead character Gibbs is concerned. This has been added to the list of credits for the show's long-standing success amidst a wide selection of police dramas