Why Do We Love Medical Dramas So Much? 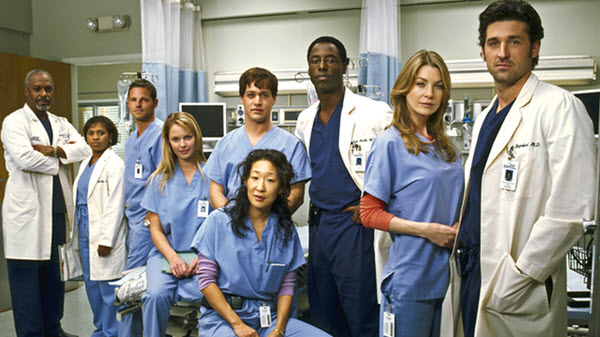 Medical dramas are a staple of television. From earlier shows such as MASH to mega-hits that spanned two decades like E.R., TV viewers have always been fascinated by TV programs which showcase hospitals, doctors, and medical cases. There is no denying that medical dramas have a hold over viewers—every year at least one new medical drama premieres, and both reruns and video releases of finished medical dramas are always top sellers. House M.D. was recently added to Netflix and the service reported that the show was immediately one of the most watched series on the streaming service. DVD Box sets of other medical shows, such as E.R., are also in high demand.

But it's not just the old medical dramas that keep people interested. In fact, in the 2015-2016 TV seasons alone, there are three ensemble-style medical dramas premiering and one family sitcom about a doctor who struggles to balance his work and home life. And that is not including current medical dramas, such as the still-running and still-successful Grey's Anatomy. The upcoming 2015-2016 medical drams aren't just rehashing old shows, either: Chicago Med will be focusing on storylines based on real-life cases and will be crossing over with numerous other NBC shows, including Law and Order: Special Victims Unit; Code Black will take place at the infamous LA County Emergency room; and Heartbreaker focuses on a female heart surgeon who is one of the top surgeons in her field.

There's no denying that we love medical dramas—but what is it about them that keeps us so interested? Let's take a closer look at why we just can't get enough of medical drama TV shows.

They feature intense life or death scenarios on a regular basis

Most TV shows don't have the same high tension, high stakes atmosphere of medical dramas, where every episode features at least one fast paced life or death scenario. In shows like E.R. or the upcoming Code Black, which focus on emergency room medicine, those intense scenarios don't just happen once per episode but multiple times—and often at the drop of a hat. Even shows which focus on slower diagnostic medicine, like House M.D., often featured cases which were usually life threatening. As viewers, we love to be put on the edge of our seats, and what better way to do that than by putting lives on the line?

Medical shows appeal to our voyeuristic side

As much as we might deny it, most people do find it appealing to watch shows or read books with a voyeuristic angle—whether it's a book detailing strange medical cases, a TV show featuring people being put on the operating table, or even one of the many popular crime shows that detail terrible and often terrifying crimes. Simply put: we like to watch other people going through things that we haven't experienced, especially if those events are scary, intense, or would otherwise be kept behind closed doors. Most people do not get to witness surgeries or the ins-and-outs of hospitals (emergency room or otherwise) and medical dramas give people the chance to do that, even if medical dramas do occasionally have the tendency to be a bit heavy on the ‘drama' side.

They tend to feature that people deal with

Medical dramas, especially those that feature rotating casts of patients, often introduce something that more dramatized shows overlook: real life problems experienced by real life people. In a show like E.R., for example, the doctors treated people with very realistic issues—such as a sex worker who had to routinely come in because of infections, teenagers who were trying to hide pregnancies from their parents, and people who bring themselves or their children to the ER because they don't have the money to get routine physician's visits.

People can identify with these real-life problems, and may have even experienced similar situations themselves—that brings medical dramas to a level much closer to people's experiences than other dramas, such as crime dramas or political dramas, which often deal with a very specialized group of people rather than the ‘everyday' patients of medical shows.

But they don't leave out the good fictional stuff, either

If there is one criticism frequently lobbied at medical dramas, it's that they have a tendency to introduce just a bit too much drama—especially relationship problems, which almost always seem to exclusively focus on doctors and nurses who date other doctors and nurses. Most of these shows even bring the relationship problems into the operating room, where the doctors argue about personal problems while performing high risk surgeries. In reality, this rarely happens; real life doctors and nurses have repeatedly stressed that while workplace drama does happen in hospitals—like any workplace—all personal issues get dropped once they scrub in.

Regardless of the accuracy, the fictionalized, heightened drama between the hospitals staff are part of the appeal of medical dramas. We love a good romance, or on-again-off-again dramatic relationship, and medical shows are great at providing that sort of key romantic plot.

They make us cry and we love that

Multiple studies have shown time and time again that there is something almost addicting about watching movies, TV shows, theater shows or reading books that make us feel sad—especially if we actually cry and feel emotionally invested in what is going on. Medical dramas are ripe for that sort of feeling because they feature patients who could be anyone; they feature children who become very ill or even die; they feature old couples torn apart by illness, holding each other's hands for that final breath; and they even feature popular characters who are suddenly killed in a tragic accidents or who must go through a fatal disease, dying before the eyes of fans.

Unlike say, a political drama, medical dramas have an endless supply of tragic stories to use in their storylines. And because of the rotating cast nature of most medical dramas, we never get tired of watching these stories play out.