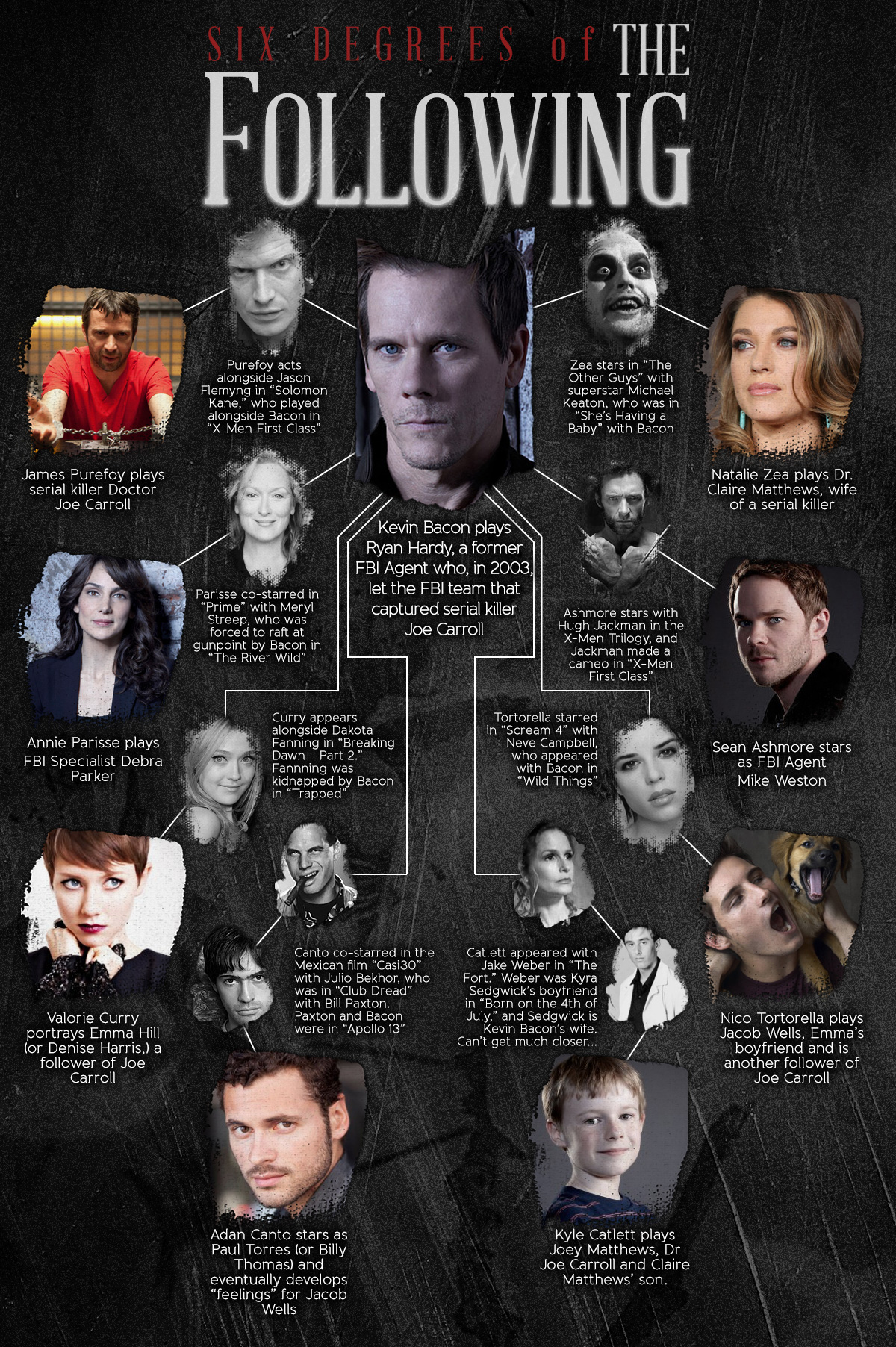 Fans of "The Following" already know it is unique among other police dramas. It is so unique people have wondered where the idea for such a psychological thriller came from. It came from the unused script that Kevin Williamson wrote for Scream 3. Williamson used that script to create "The Following".

Before he was replaced by Ehren Kruger on "Scream 3", Williamson had written a script that went unused for the movie. Fortunately for "The Following" fans it was later used to spawn one of the best police thrillers to come to television in a while.

According to Williamson, his research for "Scream" led him to the discovery of Danny Rolling, a serial killer who killed 5 Florida students in the 1990s. This research helped form the foundation for his idea of an FBI agent chasing down a serial killer cult on a college campus. Even after he was replaced, Williamson said he couldn’t let the idea of the serial killer cult go and that it was something he wanted to pursue, even before the first "Scream" movie. Williamson also revealed that he got some ideas for "The Following" from the work he did on "Scream 4" when he went back in 2011.

For Williamson, "The Following" was a long time in the making. Even with the ideas he had about the cult, he couldn’t develop it because he said it didn’t feel like the right time. He tried working with the concept as a series, a film and then as a graphic novel, but he said it never felt right. Finally, when he came up with the idea of "The Following" series, he said everything fell into place.

Whatever the inspiration for the show, "The Following" debuted in the fall of 2012 and it has grown in popularity and ratings.